Folks who are in the know realize that poetry makes one’s life better and healthier. Reading poetry is known to lower blood pressure without chemicals or drugs. SIMPLY PUT is poetry for the every day; poetry that you can understand even at the first reading. No symbols or puzzling phrases to work out. It’s the right size for slipping into your bag or pocket to take with you to any waiting room or line you need to stand in. It reduces stress to zero.
IT’S WINTER

all creatures of habit

For a signed or inscribed copy, send email to: arlenebice1633@gmail.com $10 plus $2. Shipping.

At this time of year when angels are adorning the tops of Christmas trees, I remember when an angel saved my life and the lives of my four sons. I was fleeing an abusive marriage, driving south to Florida, hoping to re-locate there. In the middle of a scary night, I nearly drove over the edge of the two-lane road in Georgia. An angel saw things differently and saved us. Read the full story in NOSEGAY OF VIOLETS a writer’s memoir of psychic awakening. The Horseshoe Restaurant on Danville Street in South Hill VA and Oakley Hall in Warrenton NC both have copies of the book available at $15.00. Read the full story of one thankful woman. Me. It makes for a great Christmas gift. Please share.

Announcing a special event happening along the border of North Carolina and Virginia. December 2, 2016 from 1 until 3 pm+ at Backyard Birds and Coffee, Hwy 903, Bracey, Virginia (entrance driveway is next to the Sunoco Gas Station) Five local authors of various genres are gathering together for an afternoon of excitement. Bring your questions and comments. Come, join us. Remember that books inscribed by the author make great, unique Christmas gifts! Refreshments served.

Sandra Martin – memoir ~ Snapshots ~ Memories and Recipes
These stories are from Bracey farm girl, to suburban mother and finally to the life of a NYC literary agent. Ms Martin represented clients in the emerging mainstream genres of deep spirituality, ESP and the paranormal, alternative health and then there were the conspiracy books.

Arlene S. Bice – memoir~ A Nosegay of Violets- A Writer’s Memoir of Psychic Awakening
An ordinary girl grows into womanhood while experiencing extraordinary psychic moments. A very personal story unwraps to reveal secrets held for many years.
Ms. Bice is also the author of Ghosts of Warren County, NC & Beyond and other books on true stories of ghosts and hauntings.

Thomas Park – poetry ~ Looking for ‘Cuda Brown
Looking for ‘Cuda Brown tells the stories of many extraordinary characters Thomas has met over the years.
Mr. Park, founder of Warren Artists’ Market, lives and teaches in Warrenton, NC. He has an M.A. in English from Wayne State University and an MFA from Goddard College in Vermont. He was published in Best New Poets of North Carolina.

Merriwether Shipley -fiction ~ Cassandra and the GI P.I.: A Dupont Circle Mystery
Cassandra and the GI P.I., a DuPont Circle Mystery, follow the events that lead to a college student’s chance meeting with a P.I. named Harry Shields in October of 1969. He suffers from shell shock which has followed him for 15 years. An unseen foe is trying to kill him. They work as a team to uncover the terrors, both internal and external, as they pursue life together.
Meriwether Shipley has been an actor, model, producer and director of stage and screen. She now applies her story telling skills to this seven-volume series of books. Ms. Shipley lives in Clarksville, Virginia.

Patricia Bortz, – fiction ~ Hard Truth: Secret of the Back Row
Megan Montgomery isn’t out to save the world, but her best friend, Nadia, is. America is no more. Christians who refuse the “”mark”” are arrested for high treason. Megan trusts Sixtus, the antichrist and President of the New World Order, until his true perverse nature is revealed.
In 1996 Patricia led the theater group at her church in Armonk, New York. She wrote and directed many short dramas and plays for her powerful ministry in prisons, nursing homes and homeless shelters. She was then led to write a full-length play based on the battle of Armageddon. “Hard Truth” was the result. The final performance played to a sold-out, standing room only theater. Mrs. Bortz lives in Bracey, Virginia.

It’s time for greeting cards to be sent out. It matters not which holiday you celebrate; Christmas, Kwanzaa, Hanukkah, Chanukah, Happy New Year, and maybe others that I am unfamiliar. I save most of the cards I receive (all with the hand-painted envelopes) and enjoy them again later. . . maybe even years later. Here is my take on it all.

Cards spark memories
always dear, loving, caring
before good times turn to bad
or in times of sorrow, so sad

It isn’t whether the cards are large
fancy, or expensive
it’s always, it’s the words
written from the heart
communicating sentiment

What Is It About The Day Before….

Today is New Year’s Eve, at least it will be when night falls over us. So it is a big deal turning the calendar to 2013… WOW! 2013! But it is only one day later than the 2012 that we are washing away with a reflection then just letting it go.

Really, the day before I turned 60, I was 59, of course. Now the fifties are great but facing 60…WOW! That was a big step. People look at you and listen to you differently when you say you are 60. It is like they put you into a serious age category so they can listen to you without taking what you have to say seriously. But I was only one day older than yesterday. What’s up with that?

Christmas Eve was very different when I was a child. It was something anticipated, creating more anticipation for Christmas Day. It was an evening of singing Christmas Carols in the neighborhood or to whoever would consent to listen. That wasn’t always an easy thing to do with a bunch of kids without the choral guidance of someone who knew about real music. But today it is about opening your gifts so you can spend Christmas Day opening gifts with the absent parent & the new family that you had no part in seeing it blossom. It is a day extended but so different from the day before. 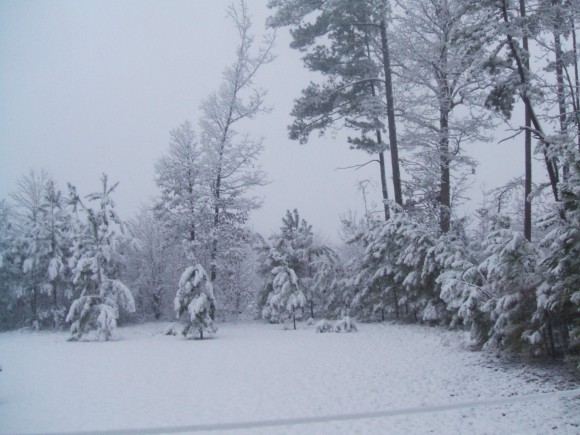 Not all scenes of snow with Christmas intent

are filled with sleigh bells and holly

not all thoughts of stockings hung by the chimney,

include fat men in red that are jolly,

lays on my mind

A scene of trees laden heavily with white stuff

can bring visions not of sugarplums

but of peace, contentment, muffled sounds of nature

that fill the heart without the drums,

So in remembering your favorite Christmas year,

that it does not need to be repeated

for once it is placed in your heart, it remains forever

to bring out each year and greeted,

Humorous & Inspirational stories about the lighter side of life....

THE LITTLE THINGS IN LIFE SHOULD BE CELEBRATED THE MOST

This Jane Austen blog brings Jane Austen, her novels, and the Regency Period alive through food, dress, social customs, and other 19th C. historical details related to this topic.

Your online source for Jane Austen & her legacy

Hunting for the Very Best

indispensable poetry from women over 50

Thanks for the memories and the new adventures.